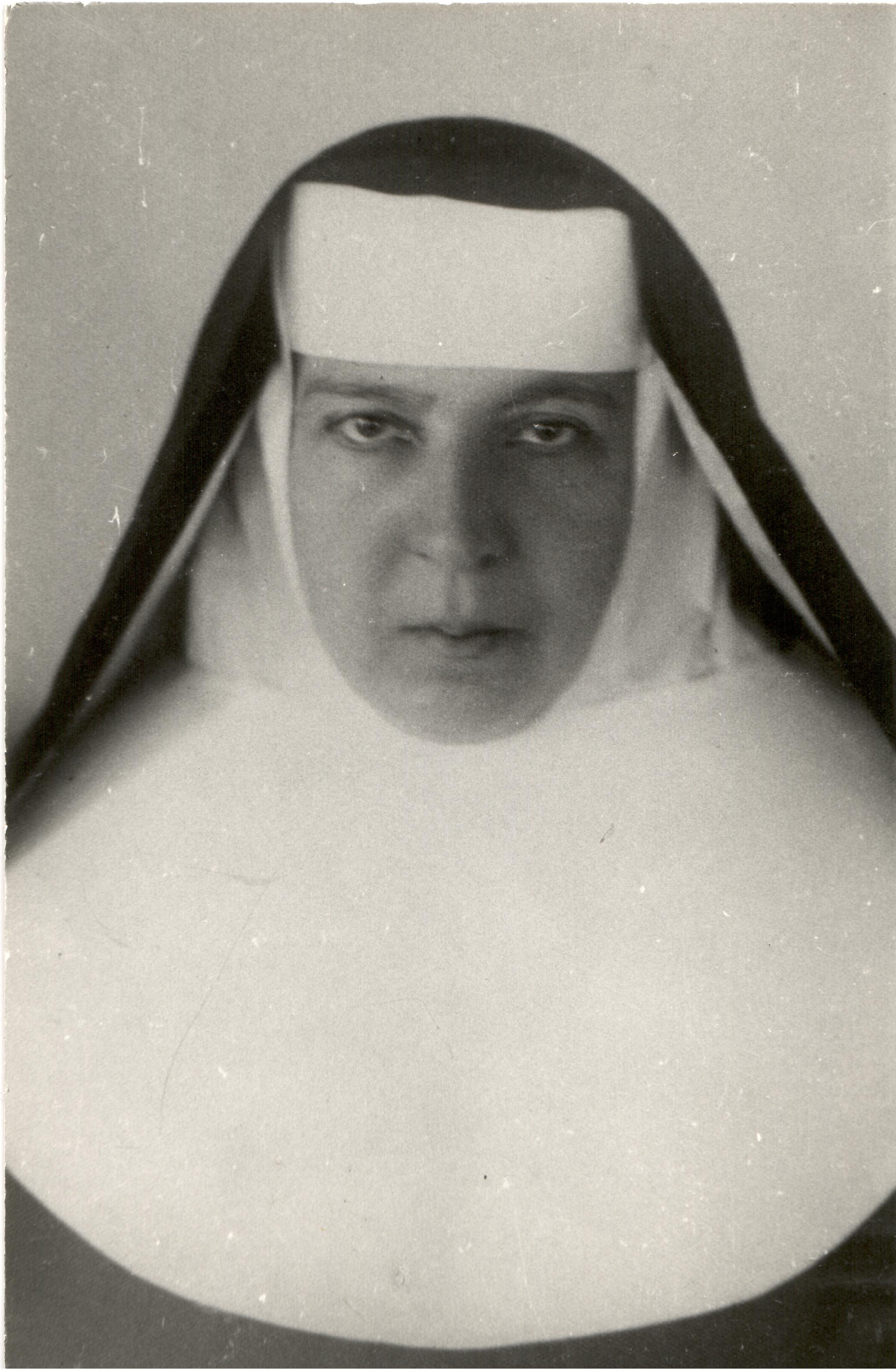 Sister Maria Klemensa (Helena) Staszewska was born on 30 July 1890 in Złotczew near Kalisz in a family of many children, whose upbringing was imbued with a religious and patriotic spirit. This atmosphere and the values brought from their home are also evidenced by the fact that two of her sisters joined the Ursulines and died as sisters in a state of holiness (Sr. Gerarda and Sr. Andrzeja). Another sister, Irena, a lay person, was a valued teacher and catechist.

Helena entered the Ursuline Convent in Kraków in 1921, when she was 31 years old. She had previously looked after her younger siblings, replacing their deceased parents and had worked as a teacher.

Helena was given the name of Maria Klemensa at the clothing and at her first vows she added to her religious name the predicate of the Crucified Jesus, who was the one to guide her life. On August 30, 1926, she made her perpetual profession, which she preceded with a formulation of the program for her life. She desired to follow the Crucified Jesus more and more fully.

As a teacher, she initially stayed in Kraków, and later held managerial positions in Siercza, Zakopane, Gdynia, Częstochowa and the Stanisławów (now Ivano-Frankivsk). In August 1939, just before the outbreak of World War II, she took over as superior - her last post – at the convent in Rokiciny Podhalańskie.

The convent in Rokiciny Podhalańskie, located in a mountainous area had a very healthy climate and so many sisters, priests, lay people and children used to go there to rest or to help prevent the development of tuberculosis. Among the guests there were Jews and especially groups of Jewish children who had come from Warsaw. The Convent’s doors were also open to local residents in need, as well as to those who were forced to leave the country. The convent was close to the border with Slovakia and many passed through the convent on their way to Slovakia via the green border. The activity of the sisters which was guided by love of their neighbour and a spirit of patriotism, aroused the suspicions of the occupying authorities. This led to the arrest of Mother Klemensa, the superior, by the Gestapo on January 26, 1943. It is thought that the intention was to arrest another sister, Sister Lia, but M. Klemensa had already sent her some time before to Warsaw.

M. Klemensa was imprisoned and interrogated in Zakopane then transported to Kraków and Auschwitz, where she died of typhus on July 27, 1943. She was beatified on June 13, 1999 by John Paul II among 108 World War II martyrs.

Witnesses of M. Klemensa’s life emphasize her sensitivity and openness to the needs of others and especially, despite the danger, during World War II. Sisters say: "Mother had a wide and generous heart for all. She was very happy to share something with others". "She wanted to save everyone. She wanted to do good for everyone. I know that she was threatened by the Germans, but she could not refuse to help people in need".

M. Klemensa left her spiritual notes, which although written only for her spiritual director, are a valuable record of the spiritual path she had followed.

Her holiness consisted precisely in faithfulness to God through the grace living in her soul, in everyday life, in giving Him every moment of her life. She writes: "I have been given every minute to take root in God even more, to make our likeness to God even clearer, our union even closer".