Deeply involved in a world of contrasts marked by suffering, Angela Merici appears to us a lovely figure of womanliness. She was a contemplative, captured by the Lord whom she sought and found everywhere. 'Everywhere' for her meant in long hours of prayer; it also meant every place where she felt she had a task to do, every person she met..., every service she rendered according to needs and circumstances. Active and devoted lay people found in her an inspiring leader, deeply faithful to the Church... 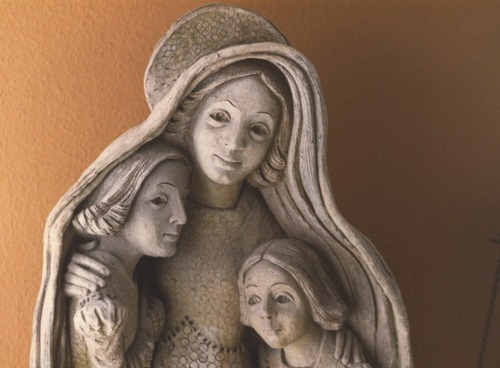 Reading and interpreting the signs of the times, she was led by the Spirit to undertake an entirely new way of life which evolved gradually as she moved forward, step by step in response to his call.

See more about her life in these two videos:


Important Dates
She was born around 1474 in Desenzano, Northern Italy.
Soon the family moved out of town to a farm at Le Grezze. Here Angela became familiar with the countryside. 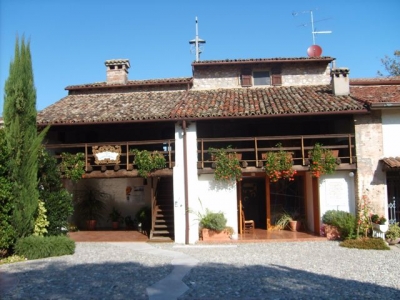 The family house in Grezze


Here her father read to the children about the lives of the saints, something which influenced Angela throughout her life. 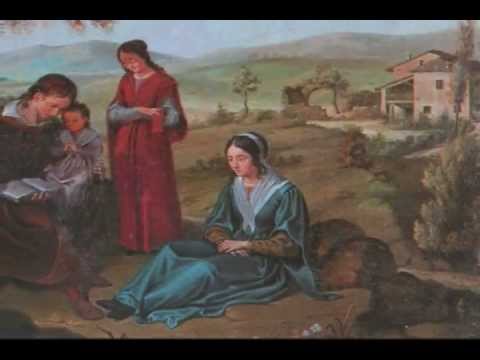 
Around 1490, her parents and elder sister died and she went, probably with her younger brother, to live with her uncle Biancosi in Salò. She continued her austere life, even in the more sophisticated surroundings of Salò. It was probably here that Angela became a Franciscan Tertiary. 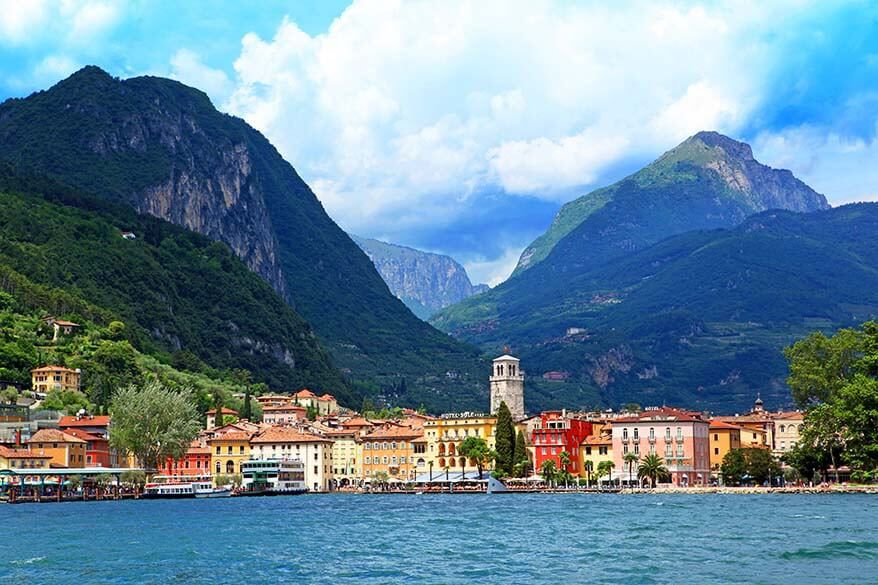 
Later she returned to the house at Le Grezze where she lived for about 20 years.
In 1516 her Franciscan superiors asked her to go to Brescia to help Caterina Patengola who had lost her husband and sons. At her house she met Antonio Romano in whose household she lived for 14 years. 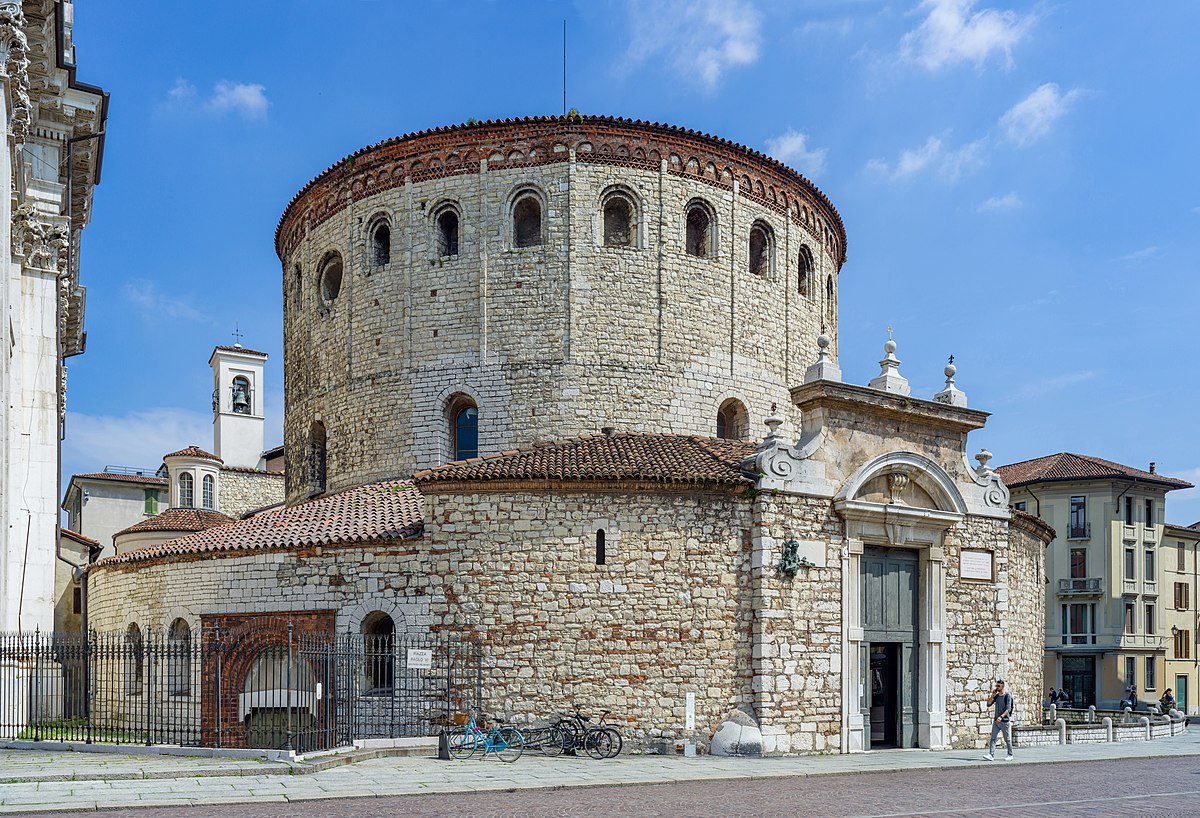 The cathedral in Brescia


In 1524 Angela went on pilgrimage to the Holy Land with her cousin Biancosi and Antonio Romano. On the journey she lost her sight and saw the holy places with the eyes of her heart.
In 1525 she went to Rome for the Holy Year and had an audience with Pope Clement VII. 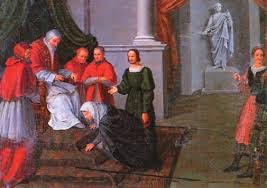 
Twice she went on pilgrimages to Varallo to see the shrines of the events of Jesus’ life and in 1529, when Brescia was under threat of invasion, she went with Agostino Gallo and his family to Cremona. On their return she lived for some months with Agostino’s family in front of the Church of San Clemente.

All the time that she lived in Brescia she welcomed all who came to her for help: those seeking her prayer or her practical advice, those hoping for reconciliation, wealthy lords, theologians, preachers and the ordinary people of the city. She became aware of the young women who were looking for a life of consecration without entering a monastery and felt called by God to create something new in the Church.

In the last years of her life she moved to a room by the Church of St Afra. She gathered her companions and dictated her Rule, her Counsels for the colonelle (the members who were in charge and who were formators) and her Testament for the lady governesses (who represented the Company to the authorities) and finally on 25 November 1535, she founded the Company of Saint Ursula – providing for the women of her time a radical consecration to the Lord without vows or cloister. 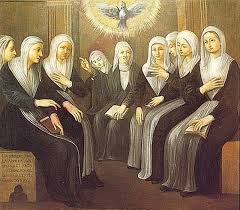 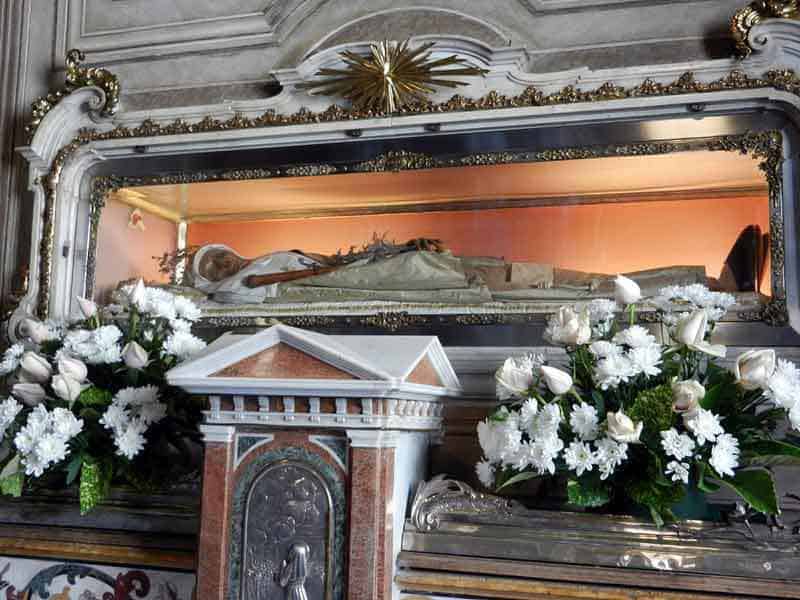 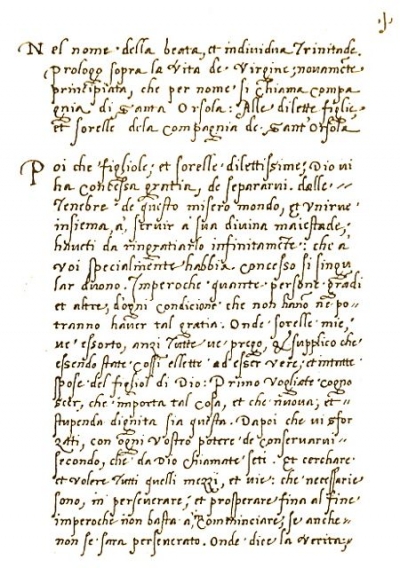 The Writings of St. Angela Merici consists of three parts: Rule, Counsels and Testament. The manuscript of the oldest version of the Rule of St. Angela is in the Trivulsian Library in Milan, and is titled: Regola della Compagnia di Sant’Orsola.

Iconography
St. Angela Merici became an inspiration for many artists who, through their works, tried to commemorate her life and activities.
Songs, pictures, sculptures and other works of art became a reflection and an expression of Angela's spirituality and the unique and twofold love: of God and of souls (First Legacy).
Still new created images of St. Angela remind us of her words: I will always be among you ... (Last Counsel, 20)

To see more about the life of St Angela go to Galleries / Videos: