THE FOUNDATION OF THE COMPANY OF SAINT URSULA 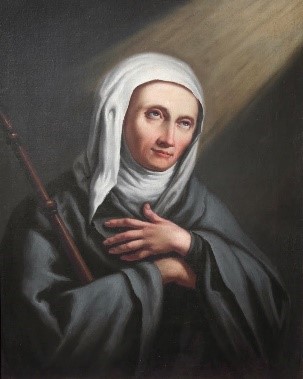 With the foundation of the COMPANY of SAINT URSULA, in Brescia, northern Italy, in 1535, Saint Angela Merici offered to young women of her day an alternative to religious life in the cloister. It was a most daring initiative for the time. The members of the Company were consecrated as spouses of the Son of God, but without vows and living in their own homes and continuing their work. The form of government of the Company was lay and female, making known to society Angela’s confidence in a woman’s ability to discern, to judge for herself, to govern herself.

After Angela’s death Companies were founded in several cities in Italy, with Rules more or less the same as the Company of Brescia. Gradually the members came to live together and, in answer to a need of the times, they were often asked to teach in the schools of Christian Doctrine, set up after the Council of Trent to combat religious ignorance.

Angela’s charism is like a root with many branches and is expressed also in the form of religious congregations. How did this come about?
In France, towards the end of the 16th century, a Company was begun by a group of young women in Avignon. Other companies sprang up quickly in different places in France. But, by the beginning of the 17th century, following the decrees of the Council of Trent, many communities, for a variety of reasons, chose to become convents with cloister and vows. The first was Paris in 1612. This was the beginning of the ORDER of SAINT URSULA. The Ursuline way of life had changed, but the sisters continued their ministry of teaching Christian doctrine. The spirit of Angela’s charism of consecration and of ministry lived on but in a different form. This transition to monastic life was a major turning point. It gave rise to a great flowering of spirituality and also led to an incredible expansion.

At the end of the 17th century, in France, there were 300 Ursuline convents. In the 18th century there were 400. It was these convents which sent missionaries to other countries. First throughout Europe. Then, from 1639 onwards, when Marie de l’Incarnation set sail from France for Canada, the Ursuline convents of Europe spread to all continents. This missionary zeal stemmed from a desire to make Christ known, but was also a consequence, at times, of persecution which forced sisters to leave Europe, and, at other times, the call of the local church.

In the 18th century Ursuline communities were established in the USA and Brazil and in the 19th century in Africa, Asia and Australia. 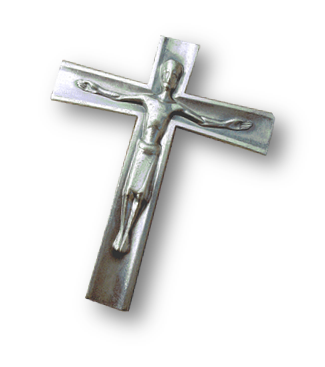 After the fall of the Papal States in 1870, the religious congregations in Italy were in danger of disappearing because of the laws established by the State of Italy. The superior of the flourishing convent of Blois in France answered the cry for help from Rome, and then from Calvi in Umbria (Italy). From this situation of vital necessity and her answer, the first small union of Rome-Blois-Calvi was born with three different communities depending on three different bishops. The first Superior General was Mother Marie de Saint Julien Aubry, living in Blois.

BIRTH OF THE ROMAN UNION 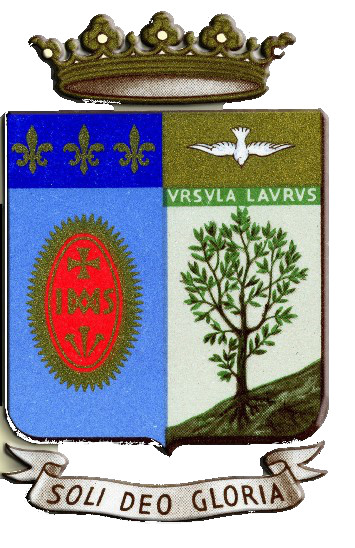 In 1900, Pope Leo XIII expressed the wish to see all the Ursulines united under the authority of one Superior General living in Rome. A consultation was sent to all the Ursulines and to all the bishops concerned. The questions, correspondence, support and even the objections led to the convocation of a General Assembly in Rome on 15 November, 1900. The 71 superiors and delegates discussed and voted the plan for a General Government. 62 of the monasteries joined the Union. The verbal approval of the Holy Father on November 28 1900 was followed by the opening of the first General Chapter of the Roman Union, and the election of Mother Marie de Saint Julien Aubry as Prioress General, as well as the election of four Councillors : German, American (USA), French and Italian.

Then the work of organisation of the Roman Union began – the name was chosen to assert its international character from the very beginning, compared to other national unions. In 1900, this Union included 62 monasteries from diverse continents. In 1903 after organizational difficulties, the first Constitutions of the Roman Union were approved, giving the monasteries autonomy and stability for the sisters. In 1905 the provinces began to be formed, and their number grew steadily. In 1926 stability moved to the level of the Province. The Union gave the Ursulines new strength and new opportunities of collaboration to found new houses: in China, Thailand, later in Senegal, Cameroon, and so on. It was a support in times of persecution in Mexico, Cuba, and in Europe, under national socialism and communism.

The international character of the Union developed and was treasured, even if it required a constant conversion to welcome differences. Recent decades have been marked by an openness to cultural diversity, considered as an asset and not as a threat. This international openness has had a direct impact on the educational institutions, through student exchanges, varied intercultural activities, international meetings, which have deepened the sense of belonging to a body beyond borders.