Marathon of prayer with rosary 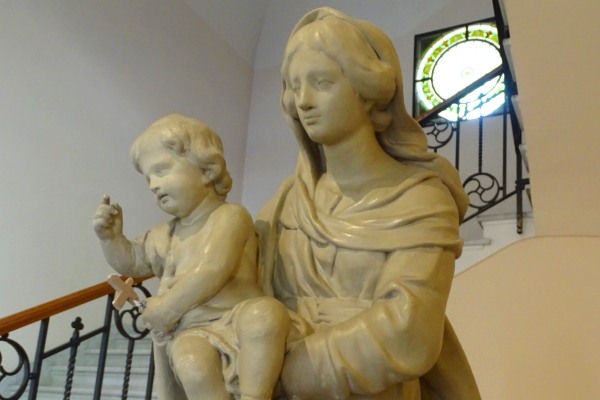 During the month of May, following the inspiration of Pope Francis, we participated in a marathon of prayer that led us in spirit to various Marian shrines around the world, praying together through the intercession of the Virgin Mary, for the eradication of the pandemic. 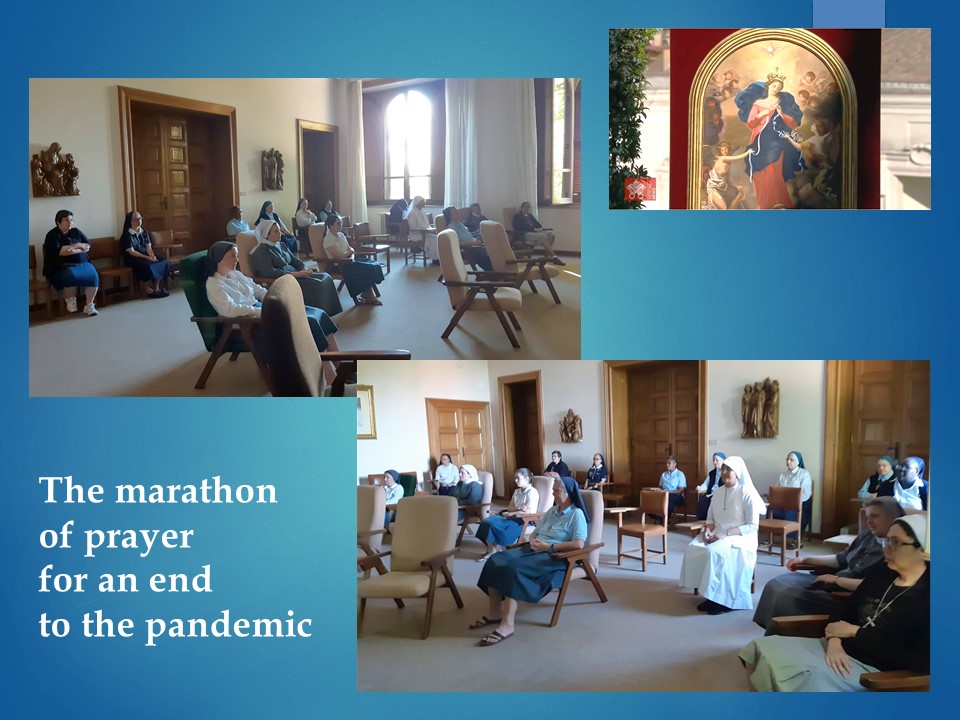 Here at the Generalate we see the statue of Our Lady of Consolation that several Ursuline sisters will recognize. This statue was erected in 1647 at the Monastery of the Ursulines of Beaugency (in France). In 1792,

a band of revolutionaries wanted to take it and destroy it, but its weight was such that they could not move it and they gave up their plan. Afterwards, Sister Saint Euphrasia enlisted the help of a convent employee to take the statue to safety. The good man moved it easily, alone! Where to? History does not tell, the secret was well kept!

After the Revolution when the sisters were authorized to return to the convent, the statue of the Virgin Mary returned to the place that had always been hers. Many healings have been attributed to the intercession of Our Lady of Consolation!

In 1904, the community of Beaugency was ordered, during this period of laws against religious congregations, to close the house and empty the premises. For fear of further desecration, it was considered prudent to part with the statue.

As the community has just entered the Roman Union, it was planned to send it to Rome where the Prioress General was glad to give it hospitality. On the appointed day, the community proceeded to the altar, renewed the act of consecration and asked a blessing of the statue. On 6 July 1904, the statue left for Rome by train. It arrived on 9 July 1904 and was installed first in the Novitiate which was in Villa Maria, then at Via Nomentana 34 before being finally transported to the Generalate, Via Nomentana 236 and placed where we see it today.

When we look at this statue, we can see Mary offering her Son to the world. Jesus himself bows down towards us. His right hand is raised, as if he was beckoning the world to come to him, while with his left hand he grips the cross, symbol of our Redemption.