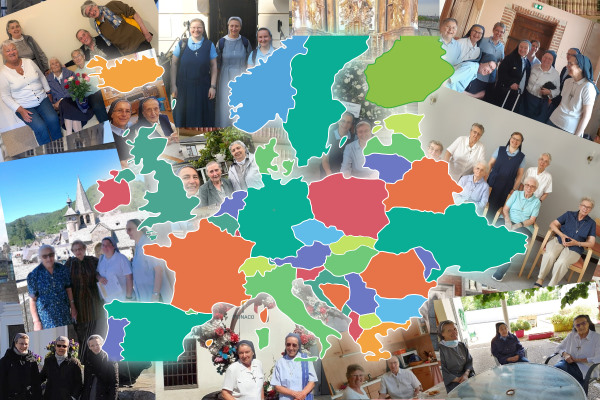 In 2021, the Provincial Prioresses of Europe wished to give all the sisters who are willing and able to do so, the possibility to live a “European experience”. The aim of the EXPERIENCE is to allow the sisters of Europe to get to know each other better, to go beyond their borders and to learn something about another province and another culture.

We are grateful that many sisters have already been able to spend some time in the community of another Ursuline province in Europe.  Some sisters are still planning their stay.

Brief impressions and photos - fragments of texts sent by the sisters

The complete texts are or will feature in the InterUrsulines bulletin.

I spent a wonderful month in the province of France – Spain – Belgium in May 2022. That was a precious time of  cultural exchange, meeting the Ursuline reality and getting to know something of their apostolate. I am very grateful to have been welcomed to Beaugency, a place of extraordinary natural beauty on the Loire river and its surroundings. (…) I was amazed by the beauty of the Sisters’ relationship and common prayer, mutual respect, care for each other and their simplicity as regards food and sleeping accommodation. The second part of my stay in France was at Malet, a place of three fraternities (…)

What stays with me as a special gift from the province is a pilgrimage to Tours with St. Marie de l’Incarnation and a visit to Paris with its Seine river cruise by bateau-mouche, with a taste of ‘galette’, a visit to an Ursuline student residence;  all these visits generously accompanied by Sr. Brigitte Brunet. 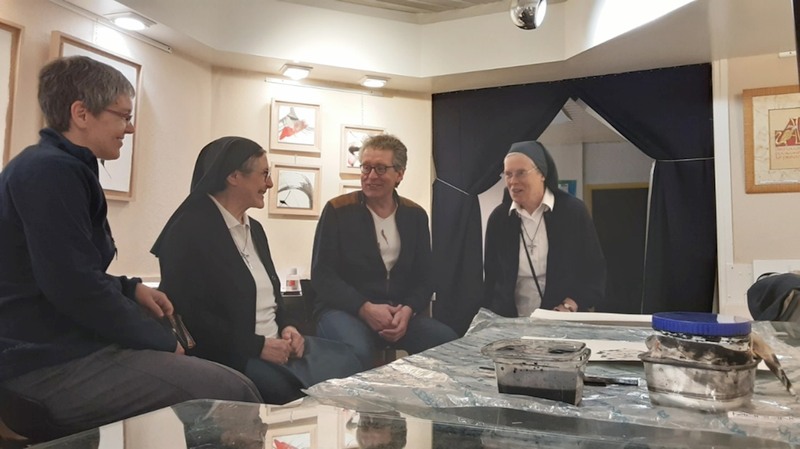 Malet, visit of an artist with Sr. Elisabeth and Sr. Brigitte.

I am participating in the European exchange this year from mid-August to mid-October. (…)  The main reason for my experience is to improve my English language.  The sisters accepted me in the city of Cork, which is also deeply connected with the history of the arrival of the Ursuline sisters in Ireland at the invitation of venerable Nano Nagle.  Together with the sisters, we celebrated their great feast, the 250th anniversary of the sisters' arrival in Ireland. (…)

Together with sister Tatiana Lesiuk, from Ukraine, who is preparing for her tertianship, every day we go to an English course at English College Cork.  In the evening, we form a small European community where we share with each other. (…)  At weekends we organise small trips within the city of Cork, e.g. University of Cork, beautiful parks, churches. (…) It was a very blessed time for me, for which I am grateful to God and to the sisters. (…) 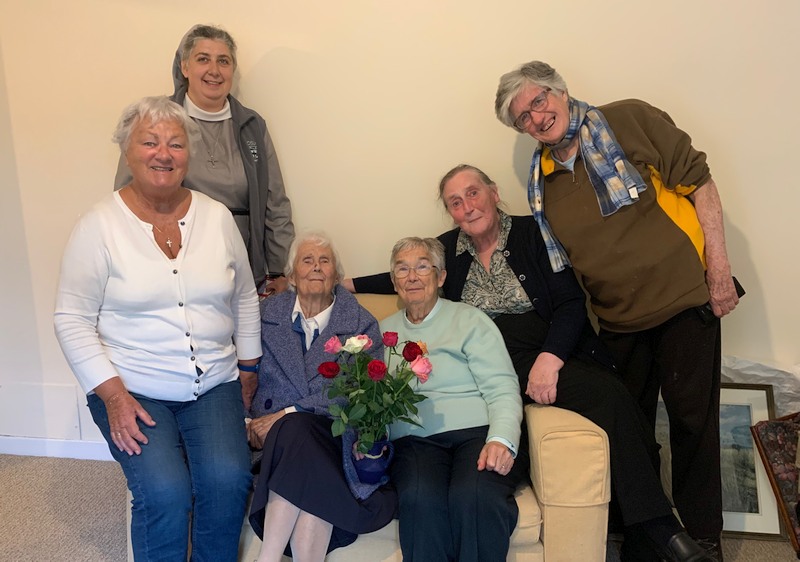 Variety, colour, attractiveness: Slovenia is the only European country bringing together the Alps, the Mediterranean and the Pannonian plain within a small enough area to be readily accessible.

With its striking cliffs and chalk caves, the vertiginous peaks of Triglav, its enchanting lakes, its forests stretching as far as the eye can see, the vivid blue of the Mediterranean , everything is fascinating!

Ljubljana, (its name means "the beloved"),  is the green capital of Europe; with its limetree lined streets,  with its white stone and red brick buildings and its gardens, the city brings constant delight to its visitors.

At the heart of a jealously preserved natural environment, lives a warm and welcoming people. Celebrations, religious and secular, are frequent. The Slovenians’ musical gene/genius is revealed in popular folk music as well as in the works of great composers such as Mahler.

I had the joy of participating in two Golden Jubilees of religious profession in Ljubljana, those of Sister Darjana Toman and Sister Magdalena Cimerlajt, and I really felt the happiness of living together. Happiness that is all the greater since being in a foreign country, 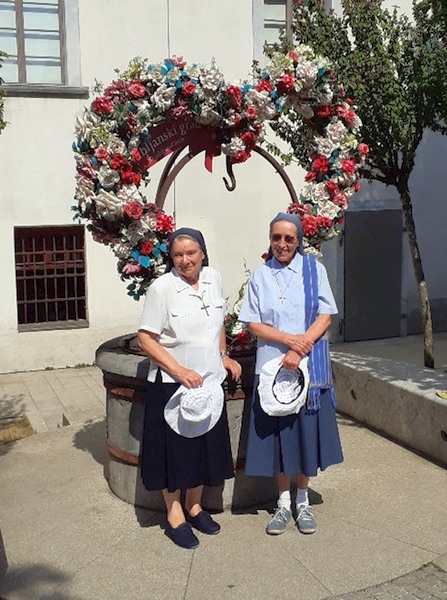 without knowing the language, is a real challenge, (…) The experience is worth it, it teaches you to accept yourself as different from the other. It teaches the patience of new beginnings! (…)

What really delighted me during this month-long stay in Slovenia was meeting the sisters, sharing their daily life. Participating in their liturgy (the simple and prayerful chants of the office sometimes led me to believe that I spoke Slovenian), offering my small service (picking cherries or currants, drying the dishes, helping with the housework, accompanying an elderly sister ...) all these little gestures make us really feel like sisters, members of the same family. (…)

How can I thank the communities who opened their doors and their hearts, or the Provincials of Europe for having proposed and encouraged these European experiences? Only the Lord can do this and I ask him to do so.

These exchanges express the reality of the Roman Union. 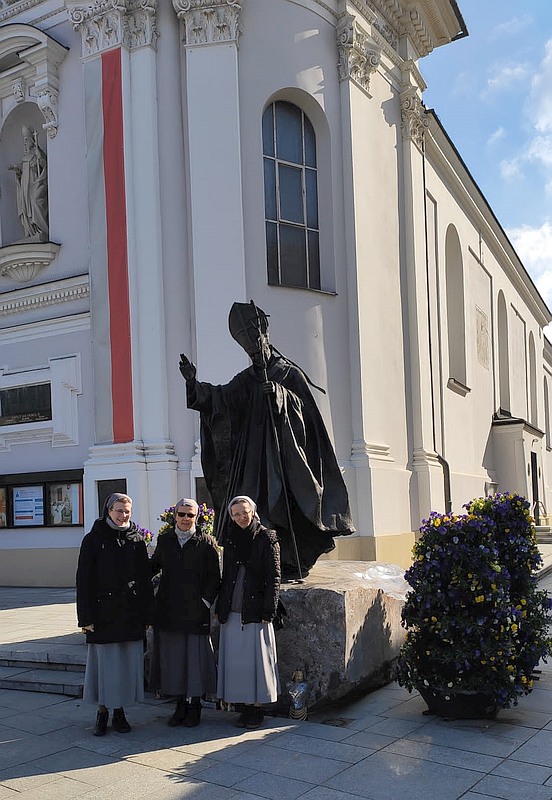 For my European experience, I chose a community in Krakow in the Polish Province, where the sisters have their school and kindergarten. I wanted to see how the sisters worked with children and their interaction with their lay staff. In the two weeks of my stay with the community ( 18th – 30th April 2022), I spent most of each day in the kindergarten with the children, where I felt very much at home.

Children are the same everywhere, spontaneous, happy and playful. Despite difficulties in language, this did not exclude us from joining in a game or in other activities. They simply took my hand and showed me what they wanted. The sisters in Krakow have welcomed many Ukrainian refugees and accepted 25 Ukrainian children into their kindergarten. It was touching to see the children and the way the staff were trying to make their stay in a foreign country as painless as possible(…).

On the Sunday of Divine Mercy I had the special privilege to visit the Divine Mercy Shrine in Krakow (…) I also wish to thank Sr. Mary, Mother Superior of the community, who enabled me to visit the birth-place of  Pope Saint John Paul II in Wadowice and other sights and landmarks in beautiful Krakow. I also thank each and every sister for their warm welcome and sisterly love they gave me during my stay in their community.

With our sisters at Forest Gate and with Sister Zela - it was a nice time with them.

As part of an exchange, I spent three weeks with our sisters in the community in Klagenfurt - Austria. 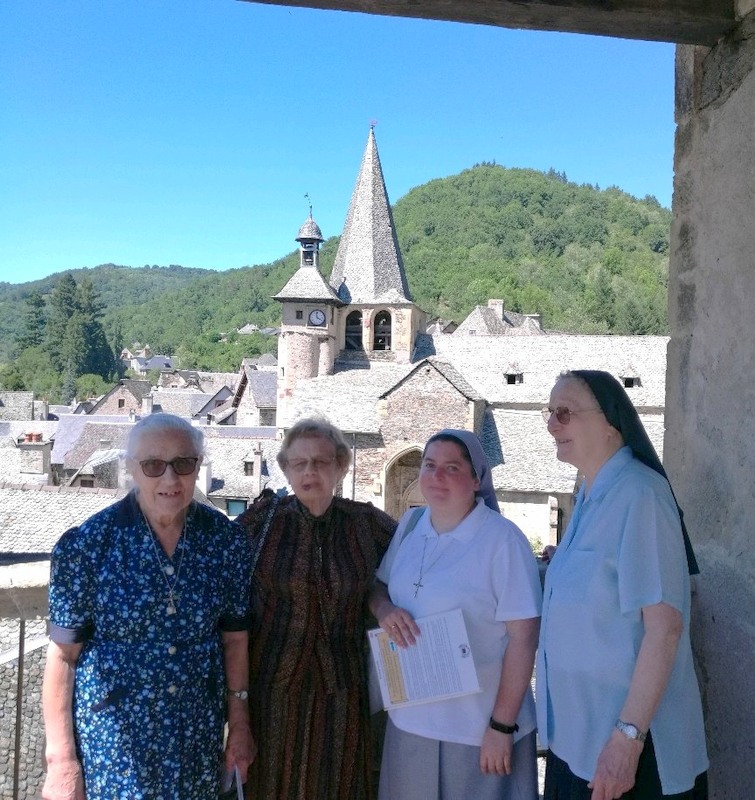 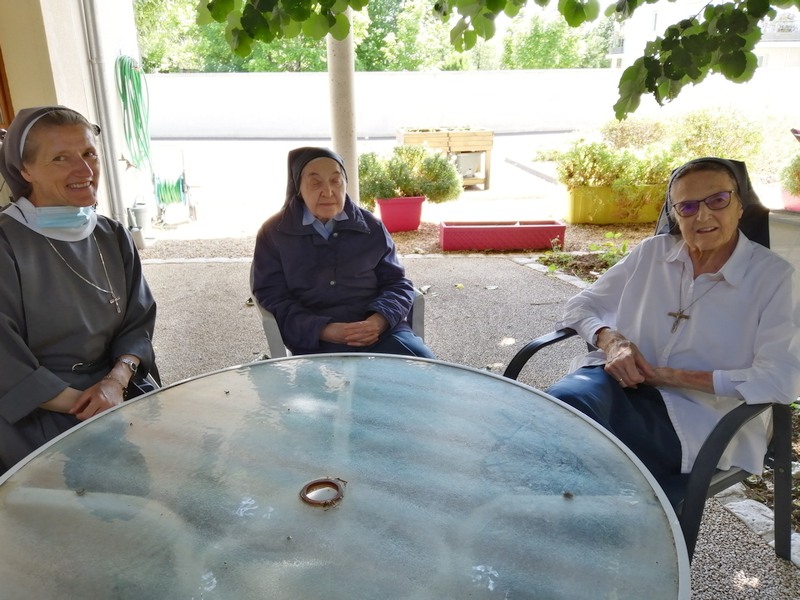 This summer, thanks to the European exchange programme, sr. Katarzyna Starek and I spent one month in the Forest Gate community, taking part in some of the Ursuline Links projects. (…).

The biggest event of that time was certainly the Day Camp run at Forest Gate for 30 children age 7-11. I took part in preparations before the Day Camp, in the Camp itself and then in  big cleaning and sorting-out operation after it ended. We had 18 students who – after a year of training and formation- made their commitment to give up a week of their holidays and to serve the children during the Camp. Though coming from different schools, after a short while they made a wonderful team, serving and having fun together. Each evening we concluded our day of service with some time of prayer, reflection and sharing.  We ended our week deeply grateful for all we had experienced, learnt and shared together.

The second project we were involved in was the one on social justice. In small groups of 4-6 students and an accompanying adult we were visiting different kinds of places and organisations dealing with social justice issues and working with them as volunteers. (…) 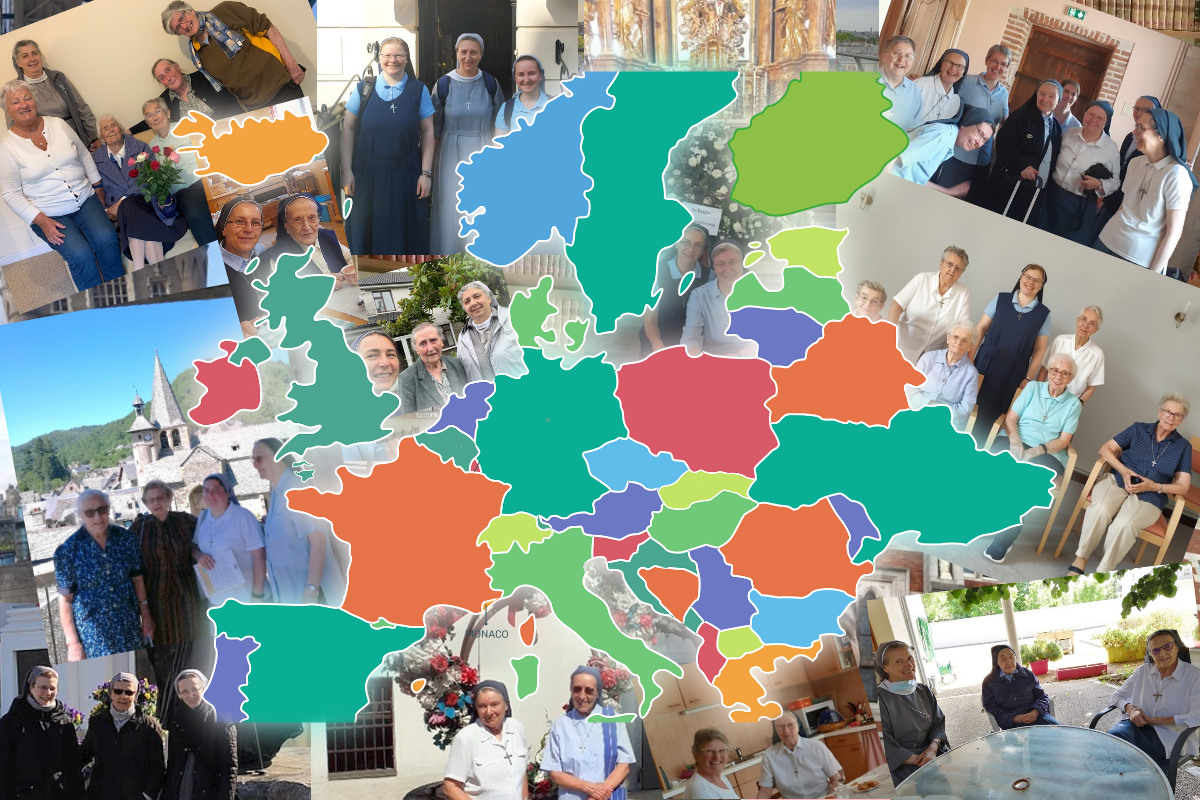