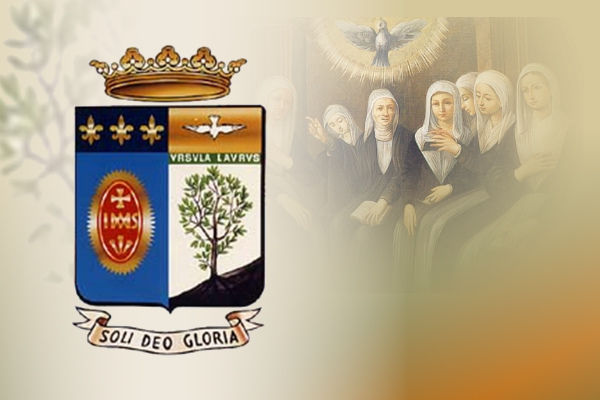 The reflections on our Ursuline story

It is not enough to begin, if one does not also persevere

The reflections on our Ursuline story which are prompted as we celebrate both Foundation Day on 25th November, and Roman Union Day on 28th November highlight the global connections which are so important to us. 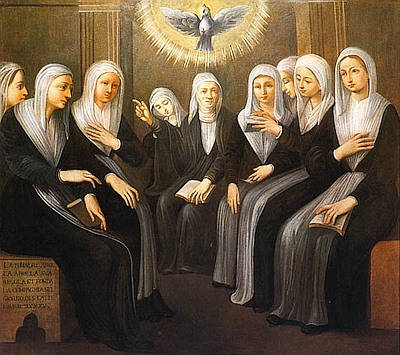 We can presume that Angela never imagined that the small company of women who with her wrote their names in the ‘Book of the Company’ on 25th November 1535 would spread beyond the confines of the world as she knew it at the time. She could certainly never have conceived of the multi-faceted Ursuline family of today, of which we as Ursulines of the Roman Union are just one part. It seems that the desire of the members of the original company was to commit themselves, together, to their personal and communal relationship with God, and to support each other in their ‘good works’ through which they responded to the needs of those around them. They were very conscious of the fact that they were ‘called’, ‘chosen’, invited by God to live in this new way. They were also aware that this moment of the foundation of the Company was  not the end of the road, but only the beginning ‘for it is not enough to begin, if one does not also persevere’  (Prologue to the Rule). We can be grateful to these women who did persevere, responding as they saw the need to change some elements of their way of life, but holding to the essence of their commitment to God and to each other, and to their particular embodiment of the spirit of Angela. 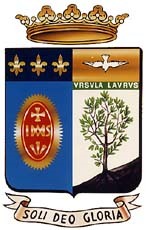 Perhaps in 1900, the sisters gathered in Rome to discern possibilities for union, in response to the encouragement of Pope Leo XIII, had a little more insight into how this new organization might spread throughout the world. Surely, though, they could not envision the ways in which connections would be extended and strengthened across the Roman Union 120 years later.

We have much to be grateful for as we consider again the insightful, courageous, creative, and spirit-led actions of these two groups of women who gathered in Brescia in 1535, and in Rome in 1900. As each one of us looks around at our sisters today we can ask ourselves  … how do I see my sisters expressing their commitment to the Gospel with insight and courage, in creative ways, faithful to the Spirit, and to the inspiration of St Angela? How do these qualities shape my own life and ministry, no matter what my age and stage of life?    ‘ … for it is not enough to begin, if one does not also persevere’

I am often reminded of the words addressed to Chapter members by Pope Francis when we had the opportunity for an audience with him during the 2019 Chapter. ‘It is my hope that the entire Roman Union of the Order of St Ursula will take courageous missionary decisions, capable of transforming everything, so that customs, styles, schedules, languages and structures of government and apostolate may become adequate channels for the evangelisation of today’s world.’  Our challenges, though different, are neither more nor less than those which faced St Angela and the first members of the Company, or the sisters gathered at the first Chapter of the Roman Union in 1900.

As we mark these special days again this year, we continue to pray for each other, that we will embody in our twenty-first century world, the gifts that we have inherited from St Angela and from those who have shaped her charism through the centuries. As a global community of women, we have a responsibility to be generous in sharing with our world these gifts of courage and creativity, of insight and openness to the Spirit.

Sr Susan Flood osu – Prioress General, From the Circular No. 304