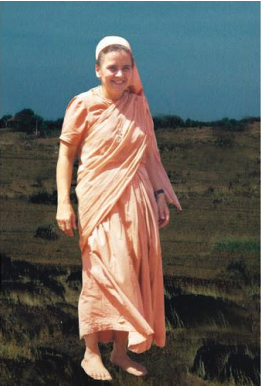 MOTHER PETRA DINADASI, THE SERVANT OF GOD (the foundress of Dinasevana Sabha)
Mother Petra was born on 14th June 1924, at Oelde in the Diocese of Munster in Germany, to the Moennigmann family. At the threshold of adolescent hood, Paula proved to be bright and brilliant and an extraordinarily gifted student. In her youth she also went through the painful experience of the Second World War. Paula was well aware of the adverse impact of war especially on the developing countries like India reflected in the media. Her heart was moved with compassion towards the poor and suffering. After her college studies, Paula joined the religious order of Ursulines in Germany founded by St. Angela Merici and became an Ursuline nun in 1954. She made her final vows on 29th September 1957 and took the name ‘Sr. Petra of the Holy Cross’. In this period after the war, West Germany gradually became again a wealthier country.
As a professional teacher, Mother Petra taught in the school of Neheim until 1966. Mother Petra was a very lively and dynamic woman. She was pious and had great trust in the providence of God. She put motivation and fire in the youthful minds to respond to the needs of the suffering humanity.
Mother Petra was unhappy and was not satisfied with her life and assignments as a teacher. Her interest grew in the suffering people, the sick, the lepers, the hungry and the abandoned. She longed to become a missionary, working for the poor in the developing countries. The media news about the misery of people in India created a strong vibration of sympathy in her heart. She tried to respond to these people by sending medical aid and material help. But her conscience never left her at peace. She felt that God did not want her gifts to the poor, but to give herself to them. She heard an inner voice “You must go”, which later turned into a compulsion within her, to give up her comforts to serve the poor.
Mother Petra was helped to find a suitable place to begin by Father Zucol SJ, at Pattuvam, a village 4 kilometres to the west of Taliparamba in Kannur district, where she founded the new Congregation with eight candidates in 1969. She was insistent that they lived as the very poor of the village. Mother Petra herself had poor health but worked with incredible energy and will power.
She founded 20 convents, and guided and formed candidates for her Congregation.
The 1st of June 1969 witnessed the long awaited dawn of the birth of Dinasevanasabha (Servants of the Poor). With the paternal blessings and canonical approval of Rt. Rev. Dr. Aldo Maria Patroni, Mother Petra officially founded the community of Dinasevanasabha at Pattuvam in the Diocese of Calicut as a pious association with the motto of “Service in Charity and Poverty”.
Mother Petra died tragically, along with four novices, in a road accident on 5 June 1976. The site of the accident at Kathuparamba has become a shrine. Rev. Dr. Varghese Chakkalakal the Bishop of Kannur declared Mother Petra Dinadasi a Servant of God on 14th June 2009, considering her holiness and manifold favors received through her intercession for many people. On 29th June 2010, the Beatification and Canonization Process of the Servant of God for Mother Petra Dinadasi was officially started by forming the diocesan Tribunal Commission, Theological and Historical Commissions and the work is now continuing.