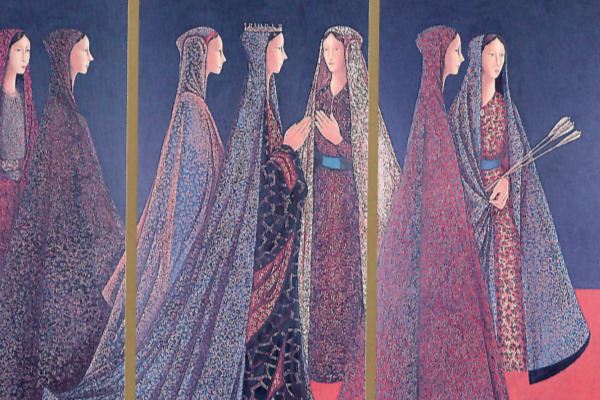 I find it helpful to reflect on why Angela Merici chose St Ursula as the one under whose patronage to place her young Company of Women. Clearly Angela had a deep devotion to Ursula and to the values she embodied. I’m sure there were many aspects of the story of Ursula and her companions which resonated in Angela’s spirit. Perhaps she wanted her daughters to know of Ursula’s courage, and of her faith which sustained her even to martyrdom.

I always find myself reflecting that one central consideration for Angela must have been about companionship. As she formally initiated this Company of Women in Brescia in 1535, she offered the group a model of strong women of faith, adventurous women journeying together. As they travelled as pilgrims together, they must have developed close personal bonds, and a deep commitment to each other, as well as to the God whose call they were following. In the strength and courage they drew from each other they were able to face enormous challenges, even martyrdom, because they were united in their desires, in their vision and commitment.

Perhaps, as Ursuline sisters today, we still have much to learn from Angela about Ursula and her companions. We can be grateful to Angela for offering us these feminine models of courage, commitment and companionship.

The image of St Ursula and her Companions is from the chapel of St Ursula High School in Sendai, Japan, and is the work of Japanese artist Hosen Okubo. Does it speak to you of courage, commitment and companionship?