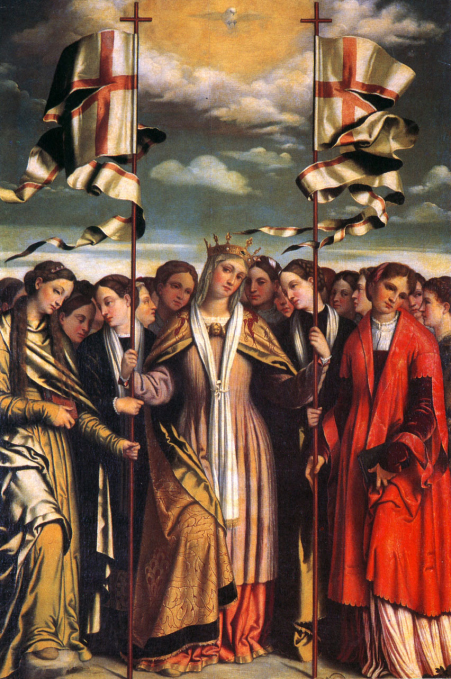 Saint Angela had a great devotion to the martyrs, especially Saint Ursula because of her faith, virginity, courage and fidelity even to the shedding of her blood.

Ursula, the 4th century virgin martyr, was one of the most represented saints in figurative arts, on account of the endless retinue of virgins which, the legend has, followed her to martyrdom for the love of Christ. 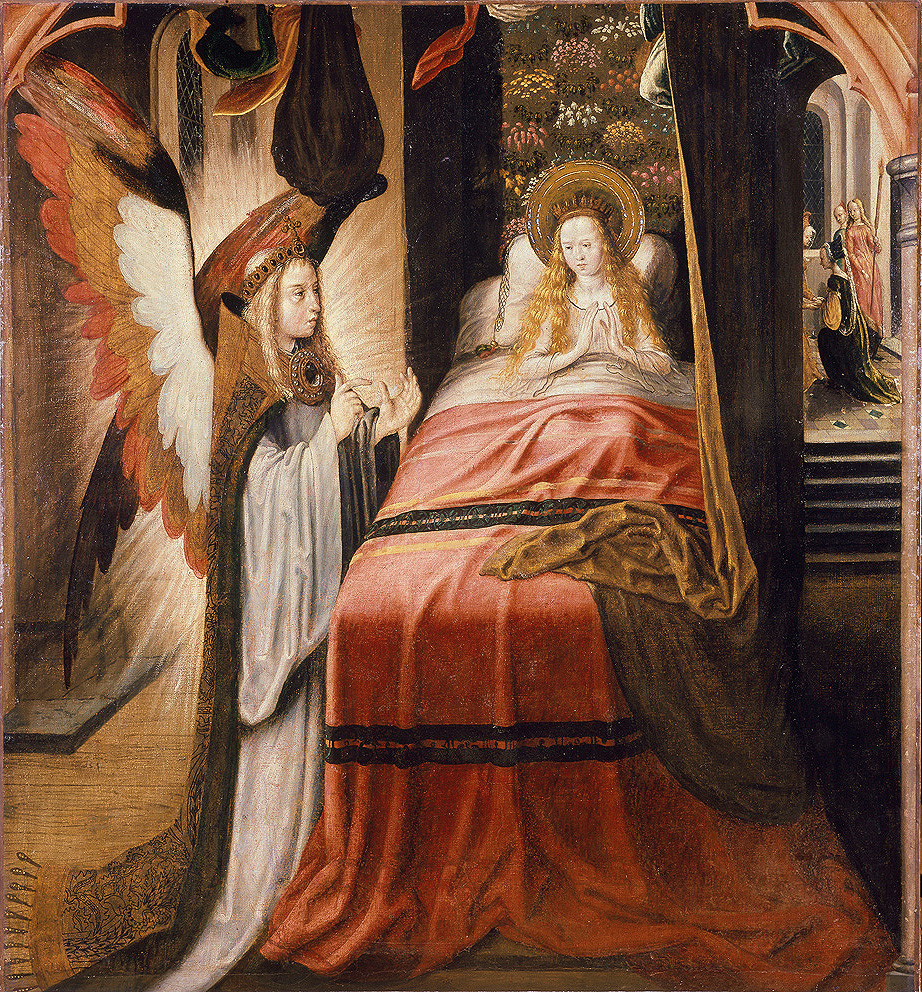 The Appearance of the Angel, c. 1492-1496 Master of the Legend of St. Ursula, Wallraf Richartz Museum, Cologne

Young Ursula, princess of a kingdom in ancient Britain longed to dedicate herself to Christ alone. Inspired by the order of an angel in her dream, to avoid the proposal of a prince, she set out with her virgin companions on a pilgrimage to encounter the Pope in Rome. 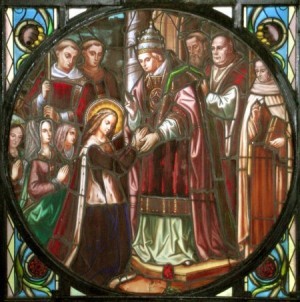 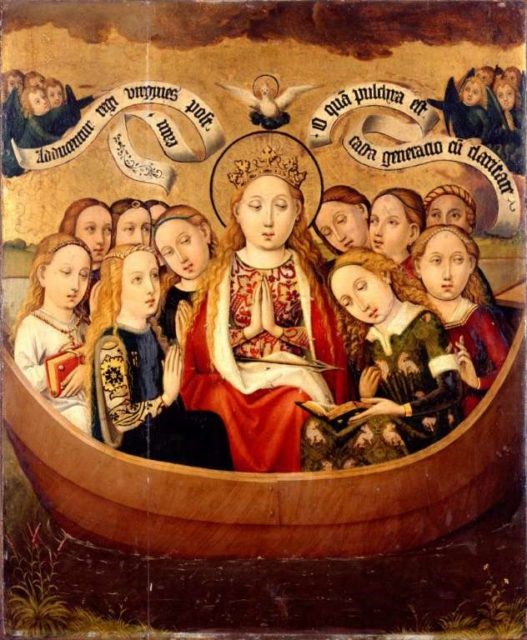 Travel Companions of Saint Ursula Saint Ursula and her companions in a nave, c. 1450, Oil on wood panel / Museum of Strasbourg / N. Fussler

In this pilgrimage, Ursula prepared her companions to be the spouses of Christ and be ready to defend their faith and love of Christ to the shedding of their blood. 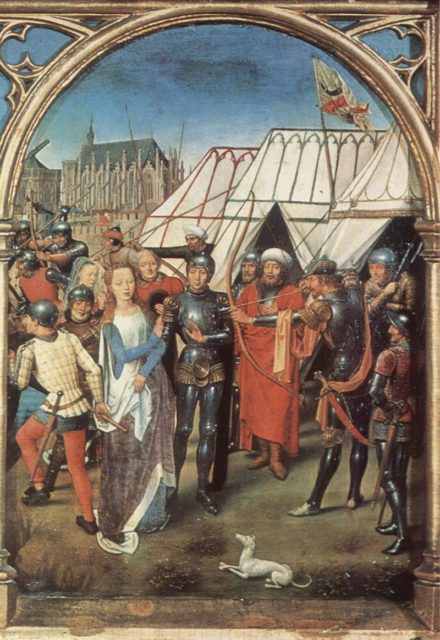 When the hour came to follow Christ in the supreme sacrifice, Ursula courageously led her companions to martyrdom.

Saint Ursula as the Patron of the Company founded by Saint Angela.


Ursula was a princess and her royal dignity evokes that of the virgins of the Company, "spouses of the Son of God, called to become queens in heaven." (Rule, Prologue:17)

Angela, docile to the Spirit, founded the Company of St. Ursula, planted "directly by the Lord's holy hand, (certain) that He will never abandon it as long as the world lasts. (Last Legacy:6-7)

These virgins lived in the midst of the world without earthly security. Her company was a new form of life at her time. Therefore, Angela entrusted this new born Company to St. Ursula. In Ursula she chose a patron for her Company who embodied the ideals she and her companions would try to live.

As one, Ursula and her companions lived the same passion; Angela too urged her daughters to remain united together, all of one heart and one will (Last Counsel: 1).

The same joy and enthusiasm characterizes the legend of Ursula and the spirituality of Angela. The earthly adventure of Ursula and her companions ended in those "joyful and new feasts of heaven" (Fifth Counsel:3) Angela so loved to evoke. 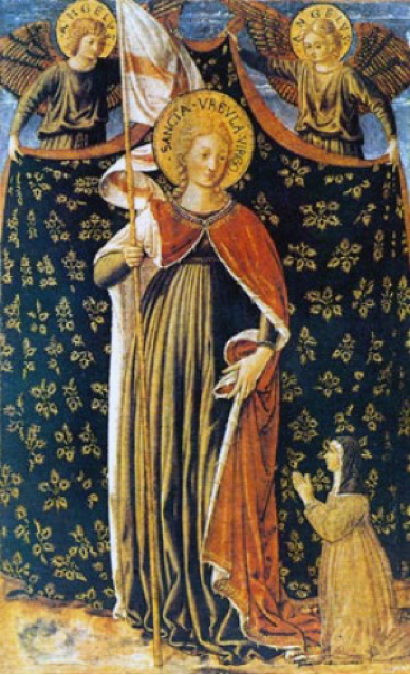