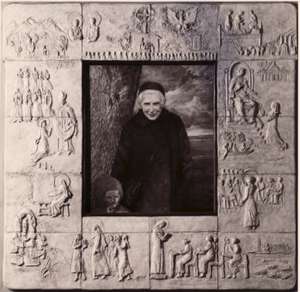 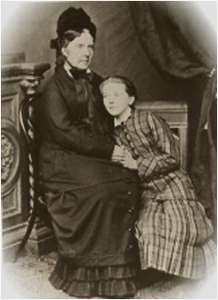 Saint Urszula Ledóchowska known as the "Apostle of the smile", engaged in the mission of raising children and youth. She was particularly sensitive to the needs of the poorest and abandoned and in the early years of her religious life she was immersed in the charism and spirituality of Saint Angela Merici. She remained her spiritual daughter also when she entered the path of God's special call, realizing her own specific charism. She came from a Polish aristocratic family. Her father, Antoni Ledóchowski, settled in Austria as a political emigrant and there, on April 14, 1865, Julia Ledóchowska was born in Loosdorf, the second of seven children of Antoni and Józefina (née Salis-Zizers, Swiss). In 1882, the whole family moved to Lipnica Murowana, in the south of Poland. 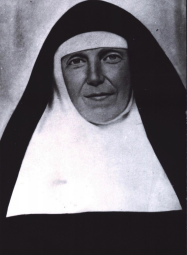 Julia grew up in the family full of love and deeply religious. Her vocation to religious life developed during her childhood. On August 18, 1886, she knocked on the door of the convent of the Ursuline Sisters in Kraków and there, after the trial period, she was admitted to the novitiate on April 17, 1887 and received the name Urszula. On April 24, 1889, she made religious vows and from that time served children and youth in the school as well as in the boarding house run by the sisters. As a teacher, she taught French as well as other subjects. She did her best regarding her educational work and among the students she was known for her goodness, her individual approach to each person, her empathy and clear instructions. The girls later recalled: "She knew each of us, knew our advantages and disadvantages." 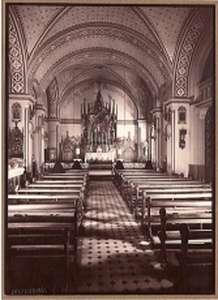 Mother Urszula was artistically talented. Numerous paintings came from her brush. Some of them have adorned the chapel and the Ursuline convent in Kraków to this day. The first frescoes in the chapel that Urszula Ledóchowska made around 1899 have notsurvived. 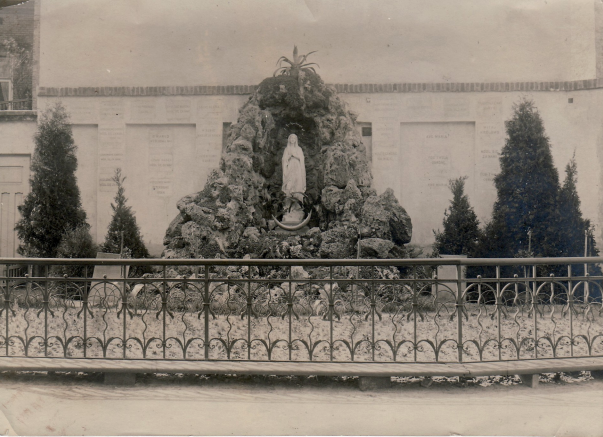 Mother Urszula was very devoted to her calling. Her zeal, prayer, love of God's will, modesty, simplicity, diligence and her way of being developed and deepened throughout her religious life. The specific feature of her spirituality was Marian devotion. The Ursulines from Kraków recalled that "she was full of initiative." She had many ideas that she implemented both in the field of education and organization. She used this gift especially when she became the prioress of the convent from 1904-1907. According to the times, she reformed the curriculum at the Ursuline School and constructed a new school building with modern technical offices. 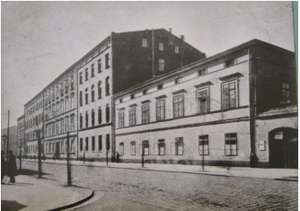 Her boldest initiative was to create a student dormitory in the convent (1906). At this time women were only beginning to enter university studies. It should also be added that, in 1907, in order to adapt the life of the sisters to the new forms of apostolate she changed the Constitutions. 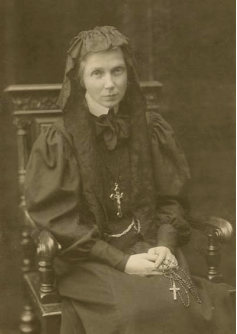 It was the commitment of Mother Urszula Ledóchowska, her sensitivity to the signs of the times and the restless spirit that pushed her even further. Attracted by the perspective of educational work in Russia, she obtained permission to travel to St. Petersburg. On July 31, 1907 she left the convent in Krakow. At Saint Petersburg she worked to build up the Saint Catharine House which was a residence for Polish children and adolescents. Once the tsarist government oppression to the faith grew she moved to the Russian-controlled Finland where she translated songs and a catechism for the Finnish fishermen. She also set up a free clinic. But her apostolic zeal soon attracted undue attention and the Russians began to monitor her moves. In 1914 she was expelled from the Russian Empire and sought refuge in neutral Sweden. She settled in Stockholm and started a language school and a domestic science school for girls. In Denmark in 1918 she founded an orphanage and a school of home economics in Aalborg. In 1920 she returned to Poland with 40 other sisters who had joined her in her mission and with permission from Rome founded the Ursulines of the Agonizing Heart of Jesus 7 June 1920. Today, the Congregation consists of about 800 sisters in almost 100 communities in 14 countries on 5 continents. The sisters serve as catechists and teachers, as teachers in orphanages, kindergartens, boarding schools, students` hostels and day rooms, as developers of young people (groups and communities, retreats and spiritual accompaniment).