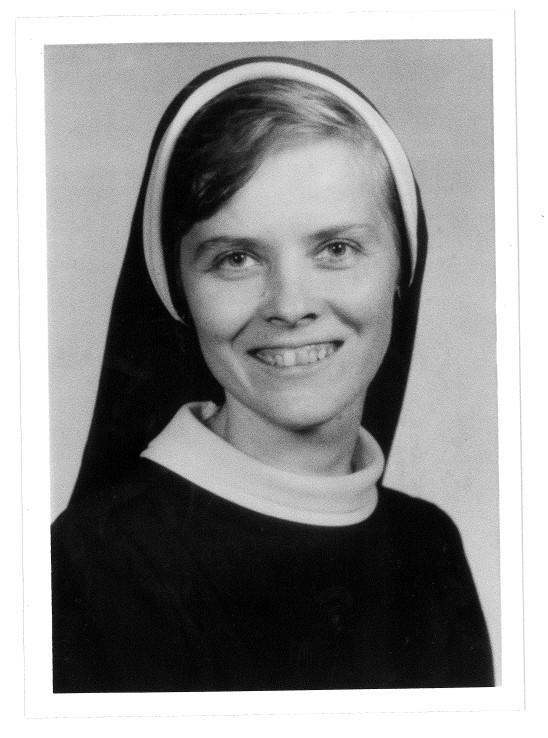 Dorothy Kazel was born on June 30, 1939 in Cleveland, Ohio. She joined the Ursuline Sisters of Cleveland in 1960 and was given the name Sister Laurentine, in honor of an Ursuline Sister martyred during the French Revolution. Between 1960 and 1965, she completed her bachelor’s degree and novitiate.

From 1965-1974, Sister Laurentine was a teacher and counselor in Cleveland Ursuline schools and did missionary work among the Papago Tribe in Arizona. She also taught catechism to deaf students and worked in interracial and ecumenical community programs.

Sr. Dorothy joined the Cleveland Diocesan mission team in El Salvador in 1974. She became known as Madre Dorothea to the people in this Latin American country and helped women to give better care for their children, trained catechists, visited the sick, and prepared others for the sacraments.
In 1977, a civil war began in El Salvador. The violence, bloodshed, and political upheaval continued to escalate spreading fear everywhere. In Sister Dorothy’s  diary on November 1st 1970, we can read this reflection: «… overcoming fear... to give my life for the service of others ... to let the cross pierce my soul in the depths of my soul: to love the cross, to accept it totally ... ». Tens of thousands of Salvadorans were killed or went missing during the civil war. Although missionaries were in extreme danger, Sr. Dorothy chose to remain and provide assistance to the war refugees. According to a letter dated November 3, 1979, she expresses this in these terms:  «If there's still a way for us to help... we still can't abandon people ». In the final few months before her death, Dorothy spent most of her time burying the dead on the streets, and transporting Salvadoran refugees to centres.

On the evening of December 2, 1980, while returning home from the airport in El Salvador, Sr. Dorothy and Cleveland lay missionary, Jean Donovan and Maryknoll Sisters, Ita Ford and Maura Clark, were abducted, beaten, raped, and murdered by Salvadoran army soldiers. Their bodies were discovered in a ditch by the side of the road and buried by peasants in a common grave marked by a cross made of twigs.

December 2, 2020 will mark the 40th anniversary of Sr. Dorothy Kazel’s martyrdom.  The life of Sister Dorothy did not end on a road in El Salvador.  Her “Alleluia Spirit” lives on—in the people of El Salvador, in her Ursuline Sisters, and in all who, like Sr. Dorothy, give of their lives both in big and small ways every day for others.